it was all a dream

I launched my real estate company at the age of 32, a company that would later go on to make the Inc 500/5000 list 6 of the 7 years it was eligible to do so and later closed 1.1 billion in sales in one calendar year.
‍
Though you might be impressed with all of these numbers, I only list them to help share with you the reality of where I was INTERNALLY during my rise in business success. In reality, I wasn’t even aware of until two events altered my life forever:
The passing of my mother at the young age of 56, and the subsequent divorce to my wife Claudia.
‍
I was absolutely MISERABLE inside. I was dead spiritually, and I was repeating the same cycle of my parents; divorced with three young boys. I KNEW something had to change. I was faced with a harsh reality; at 42 years old I had NO CLUE WHO I WAS. All I knew was that everything I wanted was fueled by something that now felt UGLY to me: power, success, materialism and competition ruled me and fueled my actions up until that point in my life. Quite frankly  they were all I knew to BE.
‍
All I knew to be was someone OBSESSED with what was next in life, and I was tired. I was tired of being that man, tired of being tired.
‍
That's when my Journey to Higher Self began…
‍
Ten years earlier I had heard of this plant called Ayahuasca and at that time my EGO wanted nothing to do with it. Now looking back what really happened was I was afraid.  I was afraid of connecting with my true essence and afraid to find out that everything I knew about life would go away.
‍
I felt a calling deep in my heart, resisted the fear tricks of the mind and  traveled to Costa Rica for my very first Ayahuasca ceremony… the rest as they say is history.
15 plus journeys later, I have healed parts of me I didn't even realize needed healing and found parts of me I didn't know could ever exist. My mind is quieter than its ever been, all the self doubt that once was the norm is now GONE. The need for acceptance and validation through materialism is now gone, and so is my body dysmorphia; an insecurity that plagued me for YEARS. I’ve lost the weight (35 pounds) I used to have to go on binge diets or contests to lose, and most importantly, I have an inner peace and abundance that once seemed impossible to have.
‍
My Mission in life is simple :

To help you Evolve in Mind, Body, Business, and Soul just like I’ve been blessed to be able to. 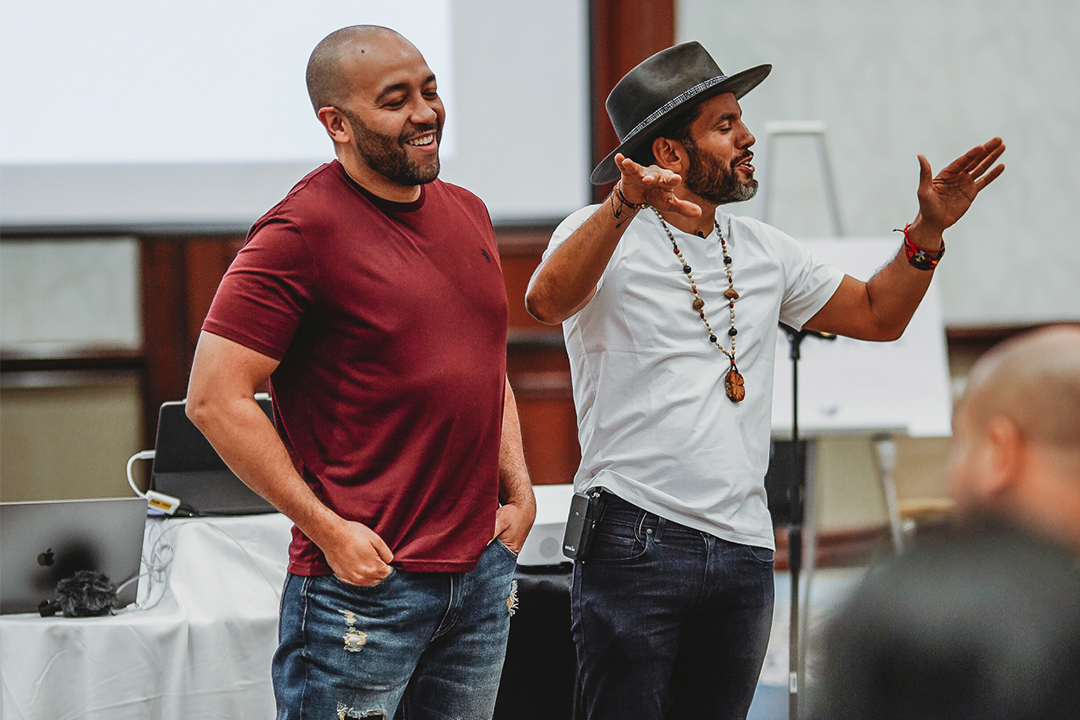 Today, life is what I never thought it could be: in the present. our companies are growing now more than ever, I’m free in every sense of the word, I’m currently helping others on the same journey of evolution and their results are incredible! Most importantly and what i'm proudest of: my relationship with both Claudia and my boys is filled with more love, happiness and fulfillment than it's ever been. I look forward to meeting you at one of our events and being of service in your very own journey to higher self.