When your bank account has a ‘clean bill of health’…

…But your happiness and relationships are ‘flatling’.

The Inner Circle is where you learn how to revive your joy, resurrect your intimacy, and get reconnected to your purpose so that you can start living a life of fulfillment.

“Hunting For Happiness In A Jungle Of Expectations And Trauma”

There’s no sugarcoating it…

The majority of entrepreneurs and career-driven people are simply NOT happy.

Many of them have reached achievements that they can certainly be proud of.

But most are still hunting for their happiness…

…Searching for a way to be present, healthy, and happy in the midst of all the chaos business offers.

And here’s the harsh reality:

They can read dozens upon dozens of books about mindset.

They can attend personal development “bootcamps”.

Walk across a hot bed of coals at self-help seminars.

And listen to Marcus Aurelius audiobooks on repeat.

But at the end of the day…

The majority of them will continue to suffer from…

>>> Not being on the “same page” as their partners.

>>> Long droughts without sex and intimacy.

>>> Constnantly feeling on-edge and angry when they’re around their family.

>>> Relying on pills and caffeine to get through the day – then reaching for alcohol to come “down” in the evenings.

>>> Working late (sometimes just to avoid the chaos at home)

>>> Burying their attention into their phones at night to avoid the anxiety of trying to be present.

Obviously it’s not from a lack of information.

Most of these men and women have consumed enough content around mindset that they could probably teach a class on personal development.

So what is it then?

To put it quite simply…

The majority of humans experience some level of trauma as a child.

In order to survive that trauma without it crippling them, they adopt behavior patterns and beliefs that build a layer of armour around their personas.

For most, this trauma-armour is where they acquired their toughness, their grit, their drive, their discipline and their killer instinct.

In other words, everything that was needed to achieve success in business came from this armour.

But there are two major problems with the Trauma-armour.

The armour didn’t just block the trauma out – it also blocked them from love, vulnerability, peace-of-mind, and the ability to be present.

In other words, everything that’s needed to experience true happiness and a deep connection to others (and yourself), is being blocked by the armour as well.

The trauma-armour is also where all of your limiting beliefs were born and are currently living.

So, although you’ve achieved a certain level of success, the limiting beliefs hiding in your armour is what causes plateau’s.

As a result of these two problems…

Businesses and careers can reach a sticking point where everything feels stagnant.

Anger and stress leads to more isolation and arguments

This Is Where The Inner Circle Steps In And Helps:

Inside the Inner Circle, Danny help’s you remove your trauma-armour.

He gives you the tools, support and coaching you need to develop the ability to be present with your families.

To feel joy on vacations with them.

To start having sex 2-3 per week with your partner.

To revive your health.

All while accelerating your growth in business.

Here’s What You Get Inside Of The ‘Inner Circle’

…is a steep mountain to climb.

The good news is, when you join Inner Circle, you get all the tools, training and equipment you need to make the climb.

You get a guide that will lead you to the right trails and hike with you every step of the way until you reach the peak.

And you’ll have a tight-knit group of like-minded people making the hike with you.

The only question is… 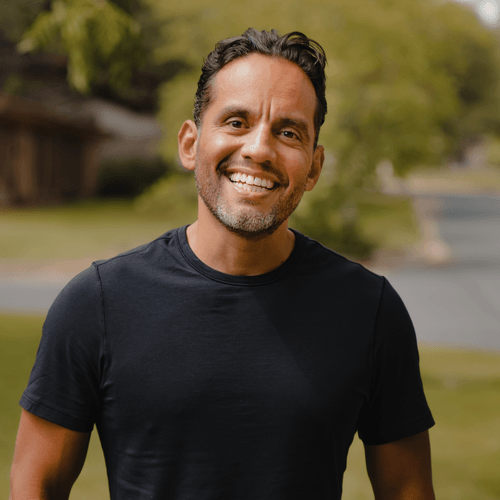 Who IS DANNY MOREL?

DANNY MOREL is a world-renowned BUSINESS STRATEGIST and ENTREPRENEUR turned LIFE COACH and SPIRITUAL GUIDE. Danny has discovered the bridge between BUSINESS and SPIRITUALITY: true ABUNDANCE in your FINANCES, RELATIONSHIPS and HEALTH. He has taught thousands how to achieve this – it has worked for them. Now, it will work for you.

Have a question for us?

Fill out the short form below and we will be in touch shortly!